Things that amaze me in Turkey

• Students are given homework for the weekend, winter break, summer holidays and any short holiday that comes up

• Kids in private schools have at least eight 40 min classes a day and frequently attend extra courses after school i.e. they have hardly any free time

• A lot of Turks have never been abroad and have no desire to do so (reason: their country offers them everything they need so why bother and look for something nicer elsewhere)

• It’s very easy to get a passport in Turkey, the only problem being its price (more than $100 for a year)

• A great majority of people who live in Istanbul or the western part of Turkey have never been to the eastern part of the country (reasons: it’s dangerous or there is nothing interesting there anyway)

• Although the redenomination took place in 2005, a lot of people still talk about prices using the ‘old money’

• You will be loved instantly if you tell Turks you support one of their teams – Beşiktaş, Galatasaray or Fenerbahçe. In other words, they are crazy about football. 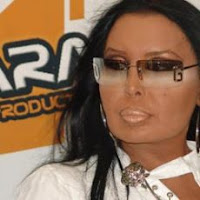 • The majority of Turks are Muslims but the country is secular. Anyhow, most people drink alcohol but they dread eating pork

• The patriotism, nationalism and unconditional love for Atatürk (founder of the republic) are unimaginable

• Different stores selling similar items are located in close proximity e.g. stores selling lamps are to be found in Şişhane, fabrics and things for hamam are sold in the Eminönu area

• Some websites including www.youtube.com and many others are blocked (still wondering when www.facebook.com will be blocked as well)

• Turks love eating breakfasts out, especially in groups and at the weekends

• The sell things everywhere – in the streets, on the ferries, in the middle of the highway…

• A lot of Turks are fascinated with communism, maybe because they have never experienced it

• A couple can legally get married if they are first cousins

• People eat a lot of fruit, vegetables and nuts, especially pistachios. They can be even an ingredient of ham.

Posted by little_miss_bossy at 7:58 PM