Music is the soul of language 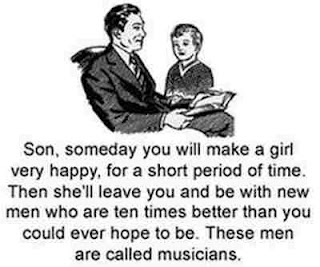 When I was a kid my parents kept the radio on even at night. Even this day I can see this old Dorota in front of my eyes. It was a wedding gift they got from my uncle. During communism such gift was a treat of great value. And they did make use of it.
Music has always been around although I have never been able to play any musical instruments or sing. I got used to having it around and music became a part of my life.
Although it may sound the opposite, this post isn’t about how much I like it.
It’s about how useful and beneficial listening to music may be in the ELT classroom.
You see, back at school I was always better at English than other kids. We all had the same start in grade 6 but I somehow knew more. Never had serious problems with pronunciation and grammar... Well, some sentences simply sounded either good or bad.
I took me some time to figure out why I succeeded in learning English whereas some of my friends did not. I’m sure you already know what I’m hinting at – it was all because of the music.
On the Polish radio (and that’s my guess) around 10% of music played is in Polish and the rest is in English. That’s a generalization, of course, but most commercial stations arrange it this way. Hence, subconsciously, I was exposed to the English language most of the time. I didn’t focus on form or meaning. I used to hum songs to myself just because I liked how they sounded.
Some three years ago I decided to give it a try and started using background music in my classes. The results were not miraculous – eventually a few hours of listening to music in English was not enough to expect some radical changes.
‘Hello! What’s your name?’
‘Hello! My name is horse Debbie!
‘How are you?’
‘I’m fine, thanks, and you?
‘I’m fine. What’s the problem baby?’
‘Dog Jake is speaking Turkish and swinging on the chair!’*
‘Ok, bye bye.’
‘See you later’
Silly as it looks, if you know the song I mentioned, you should realize that ‘What’s the problem baby’ was a phrase they picked up just by listening and enjoying the music I brought to the classroom. To me, the dialogues my kids created were amazing and I couldn’t have felt more proud!
My little experiment also proved that children can be exposed to any kind of music even if it’s music for adults where they sing faster and use more complicated vocabulary.
Now here is the conclusion.
I’m not claiming that my success in learning English should be attributed solely to the radio I listened to as a kid. I’m also not saying that background music will magically transform your students into fluent English speakers. It may help though so why not use it?
Has anyone of you tried?
*Obviously the ‘speaking Turkish’, ‘swinging on the chair’ and other phrases from the mini dialogues were what the students picked up from their teachers ;)
Thanks Mike for the inspiration! J
That's more or less what our old radio looked like btw :)

Posted by little_miss_bossy at 9:14 PM