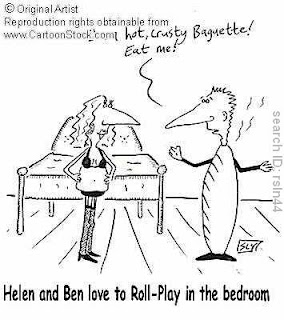 The school year is coming to an end at least here in . It’s hot, some students no longer feel the need to attend classes and the rest… Let’s say, they also deserve to have some fun J

Following my successful (seventeen times tweeted!) post about simple blackboard games, I have decided to share some of my favourite non-blackboard games.

1. Drawings on the floor - Teacher puts large pieces of paper (ideally A4) on the floor (one for each student) and tells students what will be drawn (e.g. a monster). Music is played and students walk or dance around the classroom. When the teacher says stop/pauses the music students are told to draw something on one of the pieces of paper e.g. if you a drawing a monster – two eyes, seven noses etc. Students should choose a different paper each time they stop and mustn’t pick them up. Eventually you’ll have a nice collection of pictures and a class vote for the best one may be organized.

The game may be modified depending on what are working on. The students can draw, for example:
- a picnic basket ( two apples, one banana etc)
- a kitchen ( a table, two chairs, a fridge etc)
- a student’s school bag ( three books, a pencil case, two erasers etc)
- a clothes’ shop ( one dress, three pairs of shoes etc)
- on ocean ( thee sharks, one big whale, an octopus etc)

2. The Dolmuş game – a dolmuş is a shared taxi. Once you get in, you have to pay the driver which is complicated if you sit somewhere at the back. So what people in (and elsewhere, I guess) do is pat the person sitting if front of them on the shoulder and ask to pass the money forward.

During the game, students sit in rows, one student behind the other facing the board. Each student has a pen and the ones sitting at the end of the rows hold a piece of paper. The teacher then calls out a category e.g. words beginning with S, animals, past tense verb forms etc. Each student writes one word belonging to the given category and passes the paper forward. The team that hands the paper to the teacher first, wins. Extra points may be given to the team that wrote the longest/ most sophisticated word.

3. Hot seats - The class is divided into two teams. A member of each team sits facing the class, with his or her back to the board. The teacher writes a word on the blackboard and the team must define the word or give examples of its use – without saying the actual word itself. If the student guesses, the team gets a point. I always subtract points if the student speak their mother tongue.

4. Stand up if you... – students sit in a circle, the teacher stands in the middle of the circle and says: ‘Stand up if you have brushed your teeth today’. Once students stand up, teacher sits down on the nearest chair and students quickly do the same (no need for explanation, they just get the idea!) but one is left standing. S/he must now say ‘Stand if you have...’ and sit down on the nearest seat available. There is no winner in this game and it may continue for as long as one wishes.

The game might be used for practising vocabulary as well as grammatical structures e.g.

The game may also be played at the beginning of the year when everyone has to learn each other’s names.

6. Call my bluff - Students are put into teams and given dictionaries, one for each team. The teams choose a few difficult words from the dictionary. They have to create definitions for each word only one of which should be correct. The other teams must decide which definition is correct and which ones are wrong.

For example: A protractor is:
a. an extremely infectious disease
b. a device used for measuring and drawing angles
c. a character in a book, play, film, etc. who harms other people


The students may also use free online dictionaries, e.g. this one or that one.

7. Envelopes - On small pieces of paper the teacher writes words belonging to one category e.g. food, professions, love, S-words, T-words or words from a unit you wish to revise. The cards are put in envelopes. The class is divided into pairs. Each pair is given an envelope; the students’ task is to explain all the words from the envelope to their partners.

8. Who am I? – The teacher prepares small cards with famous people’s/ film/ book character’s names – one for each student. Each card is pinned to the students’ backs. Students walk around asking questions to find out who they are e.g. ‘Am I an actor?’, ‘Do I have long hair?’.

Many thanks to all the teachers from whom I learned J
Posted by little_miss_bossy at 3:31 PM