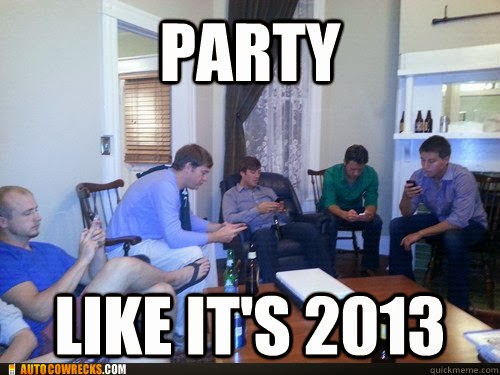 I started blogging in October 2009 and managed to do it regularly for about a year. It was the most exciting and thought-provoking time in my career as a teacher. I learned lots and met a group of fantastic teachers from all over the world who in most cases turned out to be good friends offline as well. But then I had to leave Turkey and start a new life in Spain. I had no internet access for quite a while and due to a whole bunch of major changes, blogging became a thing of the past.

I never stopped lurking though. It was sad to see so many other great blogs go. It was even sadder to see my blog disappear from people’s blogrolls. The time I spent away from it all however, has had its benefits as well.

To begin with, taking a step back made me see a much bigger picture. I know why I want to blog. I realized what I’m really into and what will never make me go wild. Take teaching with technology, for example. I used to dream about IWBs and free youtube videos and now, my main goal is to train myself how to teach without almost any resources.

Life in another country forced me to learn a new language from scratch once more. That gave me yet another advantage as I was once again able to observe how a language is acquired, learned and taught. The whole process raised a whole lot of issues and doubts (was Krashen right?), some of which I hope to blog about soon.

Finally I realized how little I know and how much there is to learn and understand. I became humble.

What I really missed is interacting with people online and meeting them face to face, the rush of adrenaline seeing a comment, the company of like-minded people, their support and kind words.

What I didn't miss is being online 24/7. I've been there and done that. During a TEA conference in Vienna  a few years ago, Hugh Dellar was telling me how he hated Twitter and how people who spent their time there surely had no life offline. I disagreed then but clearly see his point now.

No more two posts a week. No more spending hours reading posts and leaving comments everywhere. If that means no comments on my blog, so be it.
I want to have a life and keep on learning.
That’s what it’s all about, right?

Posted by little_miss_bossy at 6:04 PM

Email ThisBlogThis!Share to TwitterShare to FacebookShare to Pinterest
Labels: blogging